Itasha is a Japanese term for an otaku fad of individuals decorating the bodies of their cars with fictional characters of anime, manga, or video games. These characters are predominately “cute” females. The decorations usually involve paint schemes and stickers. Automobiles are called itasha, while similar motorcycles and bicycles are called itansha and itachari, respectively.
(wikipedia) 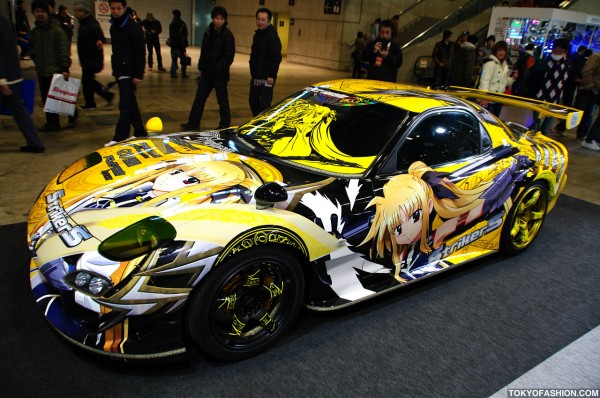